Breaking news! On an early morning survey east of Cape Cod on April 23rd, researchers from the Center for Coastal Studies located a North Atlantic right whale named Snow Cone and her calf, who is the first right whale known to give birth while having a chronic entanglement in fishing gear. She continues to defy the odds by not only having a calf (baby) while entangled, but by making a journey of over 1,000 miles from the calving area off the Southeast US to Cape Cod with her calf in tow.

Now that Snow Cone and her calf are off the Massachusetts coast, they are in close proximity to the amazing disentanglement team from the Center for Coastal Studies. This trained and permitted team can now monitor her condition and determine if/when she can be fully disentangled.

Snow Cone gives us hope for the resilience of her species. We can give her hope through the work WDC is doing to find alternative fishing gear that reduces the risk of entanglement and advocate for right whale protections. You can give her hope by joining us in taking action to help Snow Cone and her calf.

Take action to help Snow Cone and her calf 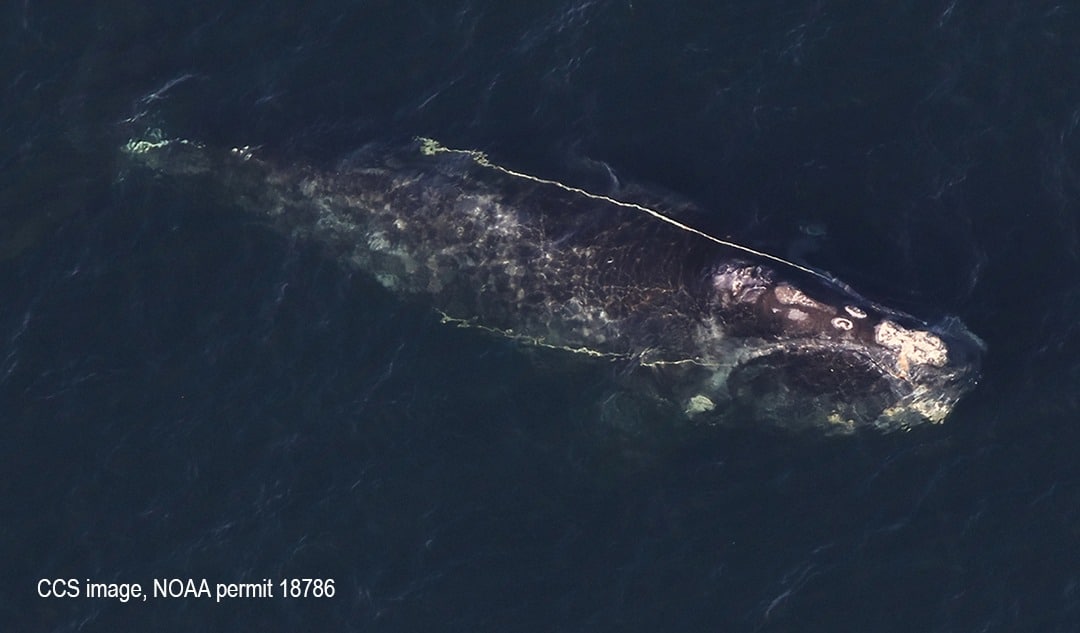 When it comes to critically endangered North Atlantic right whales, they always find a way to  remind us to never say never….

Enter Snow Cone.  Snow Cone is an adult female who was first documented in March 2021 with entangling rope on the top of her head.  At that time, the trained and permitted disentanglement team from the Center for Coastal Studies removed hundreds of feet of rope from her, but some remained wrapped through her baleen.

By May, she made her way to the Gulf of St. Lawrence in Canada where she was documented and disentanglement efforts continued throughout the summer.  By October, she was back in US waters south of Cape Cod where she was sighted again in November, still entangled and the wound on her head looked more concerning.

This is the first time a chronically entangled right whale has been documented successfully maintaining a pregnancy to term!

Her little one looks well but has entered the world with an immediate risk of becoming entangled in the gear which still drapes from Snow Cone’s mouth.  Video of the calf shows the new little one rolling by their mother’s side, as the gear drapes over them. 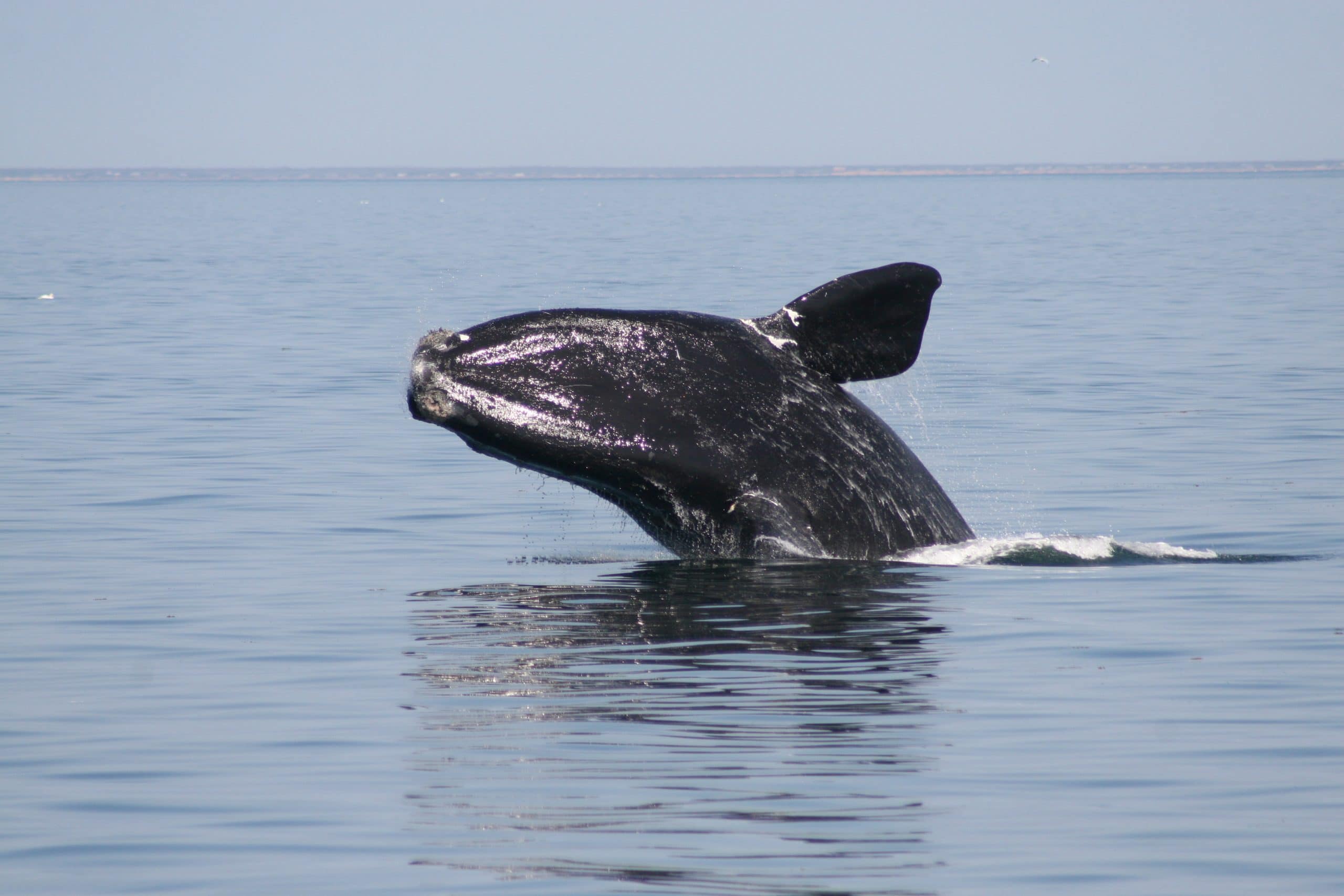 What is an entanglement and how does it happen?

Accidental entanglements in fishing gear remain one of the most significant threats to the recovery of the fewer than 350 remaining critically endangered North Atlantic right whales.  Entanglements occur when whales blunder in ropes used to mark fishing gear.  For right whales, this appears to happen often when they are distracted as they feed, perhaps paying more attention to catching prey than lines in the water around them.

As a result, it is not uncommon for right whales to get entangling gear stuck in their baleen, making their next meal more difficult.  If the entanglement is not resolved by the whale managing to get the gear off on their own, or by trained disentanglement teams assisting in the removal of the lines, the survival of the whale is in jeopardy.  In the interim, the whales are stressed which reduces their immune responses and their ability to reproduce.

Females are the hope for the survival of this species.  Fewer than 100 reproductive females are left in this species and each one will only give birth to one calf every 4 to 10 years.  She won’t start a family until she is at least 10 years old and is unlikely to live past 40 as chances are she will succumb to either an entanglement or vessel strike by that point. This pregnancy and birth are especially impressive as any entanglement reduces the chances she can get pregnant or maintain a pregnancy.

The sighting of Snow Cone and her new calf brings hope while also being a delicate situation.  Trained disentanglement teams remain on call 24/7 to respond to these two when it becomes safe or the situation becomes more urgent.

Survey teams from Florida and Georgia will be documenting right whales in the area and paying special attention to this pair.  Their efforts to monitor and respond are possible because of federal funding to support this work.

Take Action to Help Snow Cone and Her Calf

Ask your senator support the Right Whale Coexistence Act (S.3664) which would provide funding for surveys (like the ones which found Snow Cone and her calf), support disentanglement teams, fund innovative new fishing gear to reduce entanglements, and protect this critically endangered, but absolutely amazing species.

We already did a lot of the leg work -  click here to send an email to your senator. It only takes 30 seconds, but has a huge impact. Send an email, save a species.

SEND AN EMAIL, SAVE A SPECIES

Lend a fin by sharing this on social media!